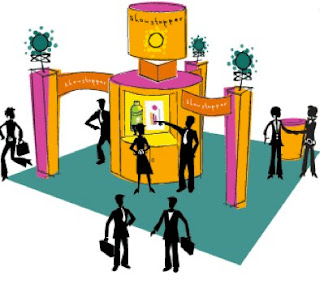 The exhibition industry is in a state of flux: Attendance at major shows is down; travel and marketing budgets are being cut; and employers are asking their event teams to prove ROI on each and every event they attend. While many are hoping for a recovery, history tells us that once companies learn how to cut, they stay cut. And that means events may never be the same. The sea change is already starting to have an effect on exhibitors, attendees and show operators. In May, Illinois passed legislation that would cap labor costs at the McCormick Place convention center in Chicago and allow exhibitors to set up their own booths rather than incur costs using unionized workers at the venue. The new regulations came on the heels of the loss of two major trade shows in the city.

Meanwhile, Tradeshow Week, one of the industry's most-respected publications was shut down after its struggling parent, Reed Business Information, was unable to sell the title. And on top of it all, mergers and acquisitions in the exhibition and conference industry were down a whopping 40% in the first half of the year, while the value of those deals dropped 25%.

WHY THINGS ARE CHANGING
The events bubble has burst. Most likely, this is due to decades of growth followed by two major U.S. recessions in just 10 years. During good times, there was excess. Every year, events were getting bigger. That mentality is what feeds growth during the good times. But this is the most extended period of decline we've ever experienced in the US economy. Now that we have ratcheted back again—twice in 10 years—how much enthusiasm are exhibitors going to have for going back to old ways? How long is the recovery going to be? And have they found other marketing techniques they're using, that they're investing in, that they're happy with?

LEADING INDICATORS
The manufacturing industry will be a major indicator of the overall strength of the exhibition industry. By far the most hard-hit of all markets during the recession, two of the industry's largest shows—Pack Expo and the International Manufacturing Technology Show—are coming up in the next several months. Manufacturing has been hit extremely hard in the recession. In the first several months of 2009, some trade shows were down 75 percent. Those numbers rival the Great Depression. Simply put, some exhibitor companies aren't in business anymore.

CHANGE ISN'T ALWAYS BAD
Despite the drop in attendance and booth size, show runners and marketers aren't necessarily viewing the change in a negative light. Everyone seems to agree that learning how to succeed in the new world of trade shows will ultimately breed a healthier industry. When it comes right down to it, unless you can bring someone into your facility, the next best thing is a trade show. The people that do attend shows are interested in finding solutions. They wouldn't be there unless they were serious.