The Future of Digital Marketing--Part 1 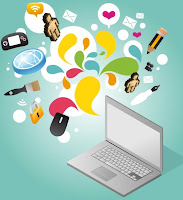 In previous posts I have argued that paid search is the most sophisticated current version of a true direct response “machine,” and that companies typically under-invest because they fail to see long-term predictable profit potential inherent in this “marketing asset.”

Meanwhile, with the rapid deterioration in traditional media and advertising budgets, it’s tempting to try to port old media models uncritically into a digital form. That won’t work – at least not without old-fashioned arm-twisting and elbow-bending.

A variety of formats beyond search could hit the jackpot in the future. Some may have legs because they allow for extreme and/or measurable personalization and targeting, while somehow keeping in consumers’ insulated from the “creep factor” and “don’t bug me” backlash, as search does. Facebook is the most commonly cited example. For some reason, people allow Facebook deeply into their lives – for now. That seems to be a prerequisite for expecting people to pay attention to commercial messages.

Bob Garfield calls this the “Listenomics Age.” In typically modest fashion, he calls it “the future of everything.” In this age, he writes in The Chaos Scenario, “survival means institutionalizing dialogue with all of your potential constituencies and sometimes total strangers for the purpose of market research, product development, customer relationships, corporate image and transactions themselves.”

Of all of these, he prioritizes the transactions, “because when you sell goods or services, you get money.”

In short, if you optimize highly targeted digital direct response campaigns and conversations, and other aspects of related buy cycle functions, you are the future.

Permission Still Matters
The key to unlocking all of this? It’s still acquiring customers, through efficient means, so you have permission: an appropriately wide, appropriately targeted, and cost-effective footprint for attempts to drive recurring transactions.

Permission used to mean opt-in e-mail. Now the means of connection are more diffused: it’s also Twitter followers, Facebook communities, RSS subscribers, and much more. The most explicit form of permission, though, is being on a customer list.

Today, we’re seeing more sophisticated data driving direct marketing. When I say that I expect the value of the keyword “pellet granulator” to be $0.68 at 2:00 p.m. in Ohio, I’m marketing based on probabilities, informed by past and related data. With the advent of technology like Google’s Conversion Optimizer and similar marketing algorithms, many other variables go into the mix – often inside a black box.

But where will consumers draw the line? It’s a lot easier than it once was to hit up against people’s creep radar. Spyware and scumware were once nearly mainstream forms of advertising, but now consumers are beginning to understand the nuances of privacy. Search and navigation retargeting seem relatively innocuous to me – if I once searched for “2011 land rover” or almost bought a DeWalt nail gun before abandoning the cart, advertisers can take that information and show me ads that are more relevant and more likely to convert than the garden variety ad. But as reported recently in The New York Times, some consumers perceive search retargeting as “creepy” because the ads are “following you around.” Regardless, the power of data will eventually win out, even if targeting methodologies might have to take twists and turns to avoid major fallout.

This wild-card proxy for permission doesn’t require any type of action or explicit permission other than accepting generally accepted privacy policies in your digital life. You don’t even have to be an e-mail address, or an identifiable person with a past history, just simply someone performing actions that are statistically similar to others who have exhibited buying behavior. And past creepy, you’ve allowed cookies into your life that have tracked nearly every ad you’ve seen and responded to in the past year or more. That allows the search engines to measure “statistically useful behavior” for the company that is too small to capture this information.

Now, what should your company do faced with this scenario? Check in tomorrow for my next post!