Industrial Business', Do You Know About These Tax Breaks?! 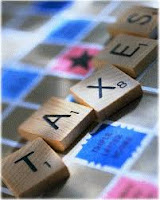 Hey, I'm no tax expert, but I ran across this tidbit and I thought it may be worth looking into for you folks in heavy (and maybe not so heavy) industry.

2010-2011 Equipment/Asset Purchase Tax Breaks: Increased Section 179 deduction: The expense and investment limits on certain purchases and equipment eligible under the Section 179 tax code have been increased. Businesses can write off, for example, up to $500,000 (double the previous amount) of qualified expenditures for new or used assets placed in service after Sept. 8, 2010, through the end of 2011.


Extended bonus depreciation: Bonus depreciation, another first-year write-off for new property that can be used with or in place of a Section 179 deduction, has been increased from 50 percent to 100 percent for qualified assets in service after Sept. 8, 2010, and before Jan. 1, 2012. So if you purchased a machine for $100,000, you could deduct the entire amount. Other qualified assets could include production equipment, material handling equipment and certain leasehold improvements.