B-to-B Social Marketing--More Robust Then You Would Expect 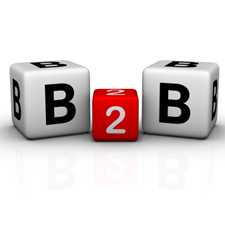 Promoting a brand through social media is no longer unique or novel — it’s simply the norm. From Starbucks to taco trucks, the use of social tools like Facebook and Twitter to spread awareness about a business to customers is widespread because that’s where brands find prospective customers and engage with existing patrons. But what about the use of social media between businesses?

Business-to-business (B2B) social media is a different animal. B2B and enterprise companies aren’t trying to convert millions of individual consumers into customers — they’re trying to convince a smaller group of companies with bigger budgets to buy their products or services. Social media’s power to spread a message across the web isn’t as relevant.

That doesn’t mean social media doesn’t have a place in the B2B world, though. On the contrary, a lot of these companies have found social media to be extremely useful in generating leads, performing market research and establishing themselves as thought leaders.

Here are some examples from eMarketer:
Why are so many B2B marketers using social media, though? According to a study by eMarketer, the majority of B2B marketers (60%) said they use social media to provide “thought leadership” for their brand. Another 49% said they used social networks to generate leads, 46% for customer feedback, 35% for advertising and 29% for market research.

The inescapable conclusion is that the use of social media in a B2B setting is more popular than most people would expect. Businesses are mostly using it to develop thought leadership and customer service.