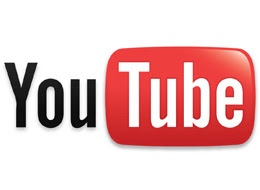 YouTube has announced it will start a two-day trial of its new streaming platform, which enables broadcasters to stream live video directly into YouTube channels.
YouTube

has been dabbling with the live video streaming realm for quite some time now, having previously offered a live stream of a U2 concert and Indian Premier League cricket matches. Now, it’s taking it a step further with a platform that will finally bring something like live TV to YouTube’s vast audience.
All broadcasters need for a live stream is a webcam or an external USB/FireWire camera. The platform also includes a live commenting module. It’s a test drive, however, and the video service warns there might be some bumps along the way.
YouTube has brought in four content partners: Howcast, Next New Networks, Rocketboom and Young Hollywood. The test platform will be live for the next two days, starting at 8:00 a.m. PT. You can find the neatly embedded schedule of programming below.
Via Mashable