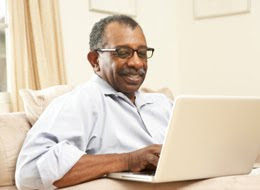 A new study from Pew Internet found that between April 2009 and May 2010, social networking site usage grew 88% among Internet users aged 55-64, and the 65 and older group’s social networking presence grew 100% in the same time frame.

Young people still dominate social networks like Facebook, but their usage only grew 13% during the year covered byPew’s report. Older adults are catching up at an incredibly quick pace, though it remains to be seen whether they will pass the youth or hit a ceiling at or below the usage levels reported by young adults and teens.

Older adults who use services like Twitter or Facebook are still in the minority amidst their peers. Pew reported about 10 months ago that 19% of all Internet users use status updates, but only one in ten Internet users aged 50 and older used status updates or read ones written by others. That’s a lot more than there used to be, but it’s still a small group — especially when you consider the fact that Pew’s numbers only cover people who are on the Internet at all. Many people in that age group aren’t going online to begin with.

According to report author Mary Madden, e-mail still dominates interpersonal communication for the 50 and older set.
Via PewInternet